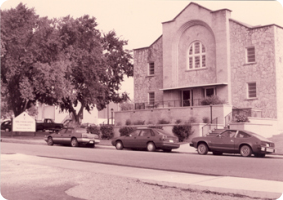 ASUMH selects a mascot that would depict its growth - the ASUMH TrailBlazers. School colors of blue and green, representing the lakes and mountains of the area, were adopted.

On July 10, an initial purchase of 78 acres for the construction of a new campus was announced.

On August 22, Christine Roller, her family, and Roller Funeral Homes of Arkansas pledged $500,000 to endow the first building on the new campus.

The Wilcox Group was awarded the contract to develop the campus master plan on November 20. 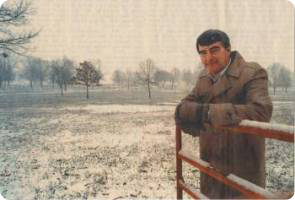 On May 10, ASUMH held its first Commencement. Twenty-five degrees and fourteen certificates were awarded.

At the October 10 meeting of the ASU Board of Trustees, ASUMH unveiled the campus master plan and announced two additional endowments. First National Bank and Trust Co. of Mountain Home and the J.D. Dryer family each pledged $500,000 to endow two of the four buildings on the new campus.

On October 31, Hugh and Kirk McClain and McClain Farms pledged $500,000 to endow the fourth and final building comprising Phase 1 of the campus master plan. This gift made ASUMH the first public institution to be fully endowed before construction began. 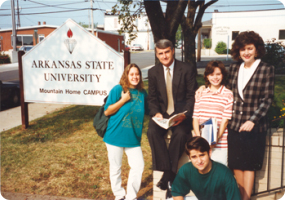 Governor Mike Huckabee attended the groundbreaking ceremony marking the official beginning of construction of the new campus on April 8. 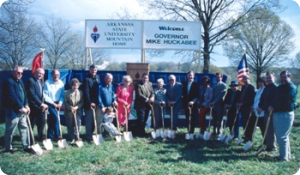 Fall enrollment exceeded 1,000 for the first time with 1,069 students. 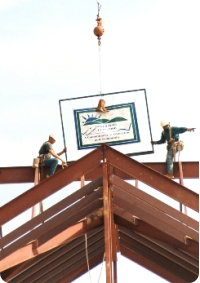 More than 1,000 students and area residents joined ASUMH faculty, staff and administration in a march from the old campus to the new on January 11. The three academic buildings opened for classes on January 12.

The Grand Opening of the new campus and Roller Hall was held April 25. Governor Mike Huckabee delivered the keynote address. 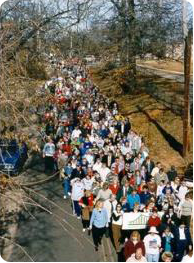 Image Description: The march to the new ASUMH campus.

At the fifth ASUMH Commencement on May 14, students graduating with an Associate degree totaled more than 100 for the first time.

On December 14, 2001, the ASU Board of Trustees gave its approval for ASUMH to seek separate accreditation with the Higher Learning Commission of Colleges and Schools. 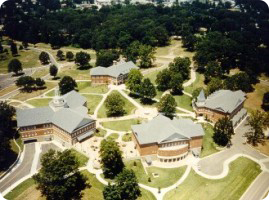 On June 3, Region VI of the Council for Resource Development selected Mrs. Wilma Pattee as the Benefactor of the Year from a six-state region for her gifts to ASUMH. 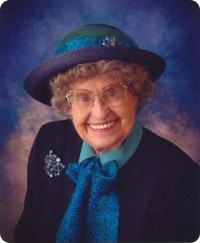 Initial Accreditation was granted to ASUMH from the Higher Learning Commission of Colleges and Schools. 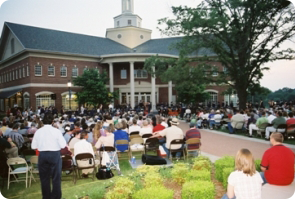 The Fran Coulter Honors Program was developed following the approval by the ASU System Board of Trustees at their December 2003 meeting. The program was created to honor Dr. Fran Coulter, professor of History at ASUMH. 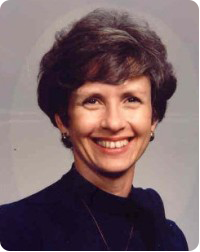 A Capital Campaign was kicked off for the construction of two new buildings, Health Sciences and the Vada Sheid Community Development Center. The faculty and staff of ASUMH reached 100% participation in the campaign. 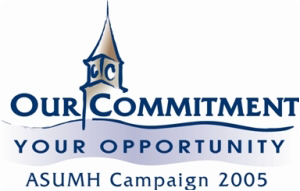 At the May 2006 Commencement, six students were the first cohort to graduate from the Fran Coulter Honors Program.

The groundbreaking ceremony for the new Health Sciences building was held on May 2. Governor Mike Beebe delivered the keynote address.

On September 18, a topping out ceremony was held at the Health Sciences building. 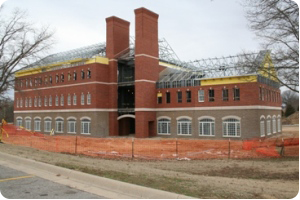 Image Description: The Health Sciences building is now the home of the ASUMH health programs.

Two new gates were dedicated on the ASUMH campus on February 28. The Thompson-Martin gate at College Street and the McClure Gate at Wade Street.

On April 11, a groundbreaking ceremony was held for the Vada Sheid Community Development Center. Dale Bumpers, former Arkansas governor and U.S. senator, was the keynote speaker.

ASUMH was granted Continuing Accreditation from the North Central Association of Colleges and Schools. 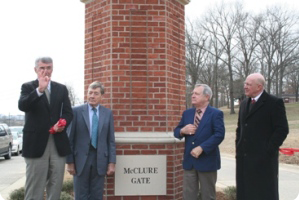 A topping out ceremony was held for the Vada Sheid Community Development Center on April 3, 2009.

The First Security Amphitheatre was dedicated on September 21 at the Vada Sheid Community Development Center. 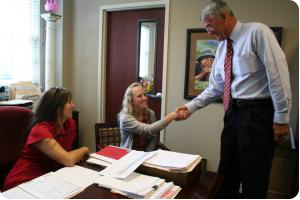 On April 22, a community-wide celebration was held in honor of the tenth anniversary of the construction of the ASUMH campus.

The Dedication of the Vada Sheid Community Development Center was held on September 9. 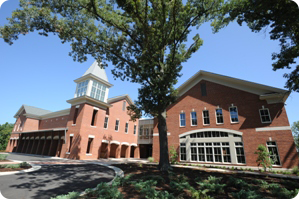 On April 23, Dr. Charles “Chuck” Welch stepped into the position of the president of the Arkansas State University School System at the age of 38, making him the youngest college president in the state and one of the youngest in the country. 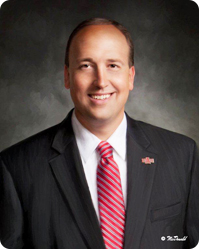 In August, the Vada Sheid Community Development Center installed additional retractable seating for 815, giving the auditorium a total of 1,639 seats. With the new seating, The Sheid Center has the capacity to hold nearly twice as many patrons. 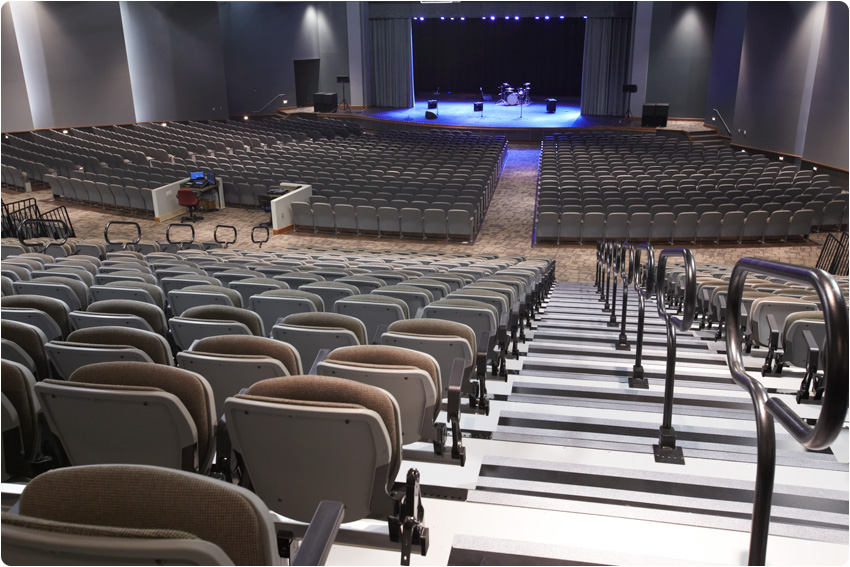 Chancellor Ed Coulter announced his intention to retire on June 30, 2012. He served as chancellor for 17 years and was also the first chancellor of ASUMH when he was appointed in 1995. Dr. Coulter earned his Bachelor of Science in Education from Ouachita Baptist University and his Masters in Education and his Doctorate in Education from the University of Arkansas. After three years as a public school principal he served 25 years at Ouachita Baptist University, as Assistant to the President, and as Vice President for Administration. Coulter has served previously as the Chair of the American Association of Community Colleges Board of Directors. He also has served on the American Cancer Society Board of Directors as well as the Arkansas Chamber of Commerce and as a corporate board member of the Baptist Medical Center System. 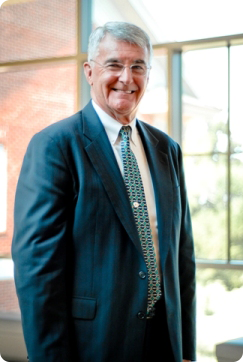 On August 1, 2012, Dr. Robin Myers began his appointment as the second chancellor of ASUMH. Dr. Myers has served as President of Arkansas Northeastern College (ANC) since 2005. He previously served ANC as Vice President of Instruction from 1998-2004, Dean for Community Education and College Advancement from 1996-1998, Associate Dean and then Dean for Continuing and Community Education from 1992-1996, and Coordinator of the Business and Industry Resource Center from 1989-1992. Dr. Myers received the Bachelor of Science degree in Marketing and the Bachelor of Science degree in Accounting from Arkansas State University, the Master of Science degree in Operations Management from the University of Arkansas, and the Doctor of Education degree from the University of Memphis. 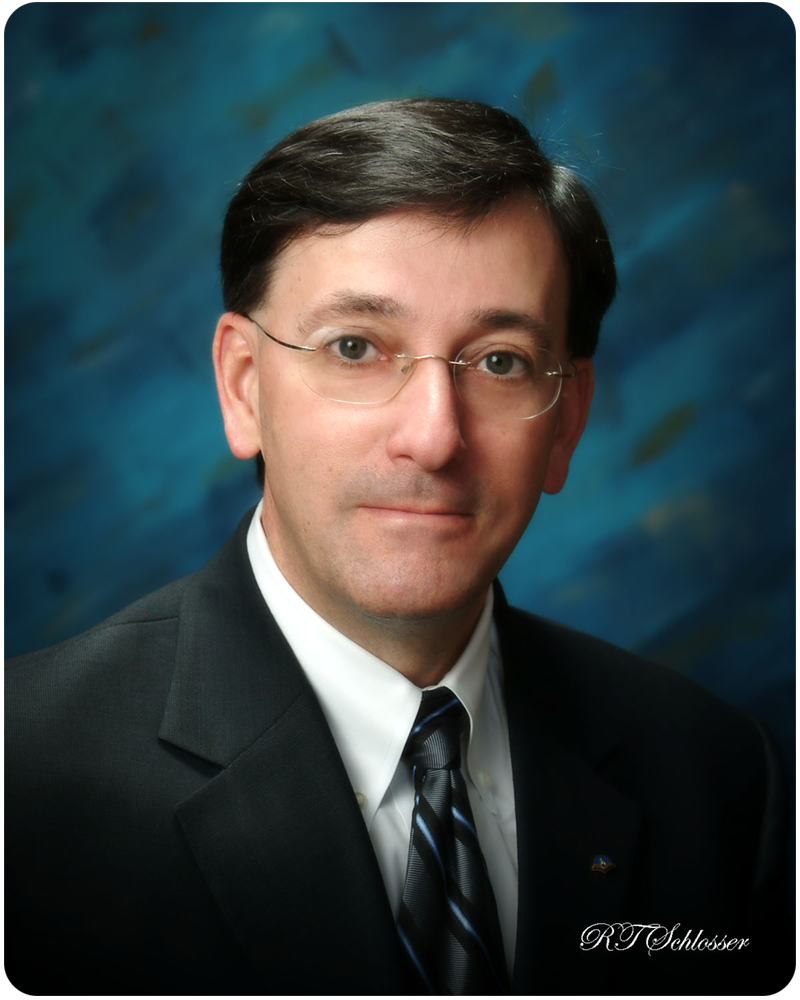 Dr. Patricia Bailey, Provost and Vice Chancellor of Academic and Student Affairs, announced that she would take early retirement from ASUMH on June 30, 2013. Dr. Bailey has served as a vice chancellor since 1995 and was named Provost in 2009 by the ASU Board of Trustees. A native of Oklahoma, Bailey holds a doctorate of education from University of Arkansas, a master's degree in psychology and counseling, and a doctorate degree in psychology and political science. In addition to her position at ASUMH, Bailey has devoted much of her time to community service. She was elected the first female president of Mountain Home Rotary, has served as the president of the Arkansas Association of Two-Year Colleges and president of Mountain Home Area Chamber of Commerce. She has served as a member of the Baxter County Airport Commission and of the South Shore Foundation. 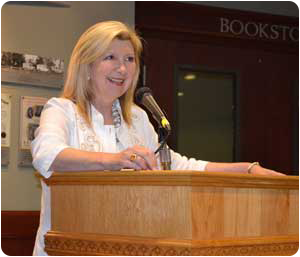 In August, Dr. Myers introduced Dr. Martin Eggensperger as the new Vice Chancellor for Academics at ASUMH. Dr. Eggensperger had served as Vice President for Instruction at College of the Ouachitas since 2009. He previously served as Associate Vice President for Institutional Effectiveness at Southeast Arkansas College (SEARK) from 2005-2009 and as Division Co-Chair for General Studies at SEARK. From 2001-2003, Eggensperger was an instructor of Mathematics at SEARK. 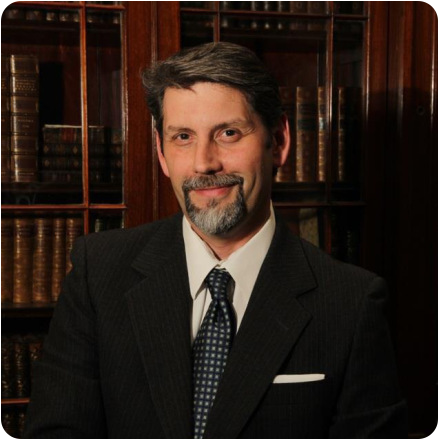 Also in August, Dr. Myers announced that Rosalyn “Roz” Blagg had been selected to serve as Vice Chancellor for Student Services. Blagg joined ASUMH in 1998 to create the ASU-Jonesboro Degree Center on the ASUMH campus. In 2002, she became Registrar and Director of Admissions and in 2008, she was named Associate Vice Chancellor for Enrollment and has continued to serve in that capacity to present. “Working with an amazing group of people at ASUMH, who are committed to changing the lives of students, has been a wonderful blessing in my life,” said Blagg. “I look forward to continuing to share that experience as we work together to find ways to meet the needs of our students.” 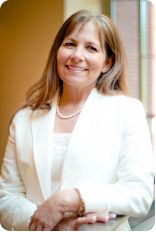 The grand opening for a new Art Gallery located on the second floor of the Vada Sheid Community Development Center took place in March of 2014. The Gallery houses rotating displays of art by ASUMH students, the Ozark Regional Arts Council, as well as the ASUMH permanent art collection. 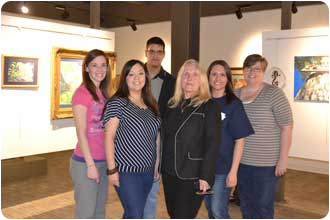 In August of 2014, ASUMH celebrated the unveiling and adoption of the college's new logo. 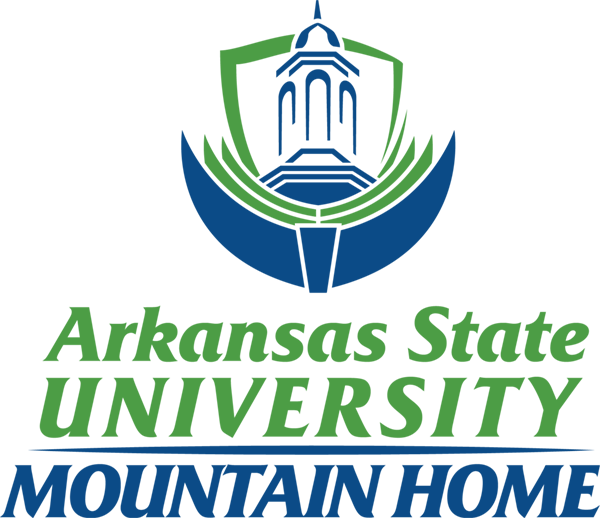 ASUMH has worked with local industry and other employers over the past two years to develop technical programs to serve the region. After numerous focus group meetings and other survey work, it was determined that new programs in Mechatronics, Automotive Service, and Heating/Ventilation/Air Conditioning/Refrigeration were to be created and offered along with the pre-existing Welding program. In September of 2014, ASUMH formally opened and dedicated the ASUMH Technical Center, located on Highway 62, two miles west of the main campus. The facility has 20,600 square feet with an additional 4,000 square feet under roof. There are over 200 parking spaces on a paved lot. 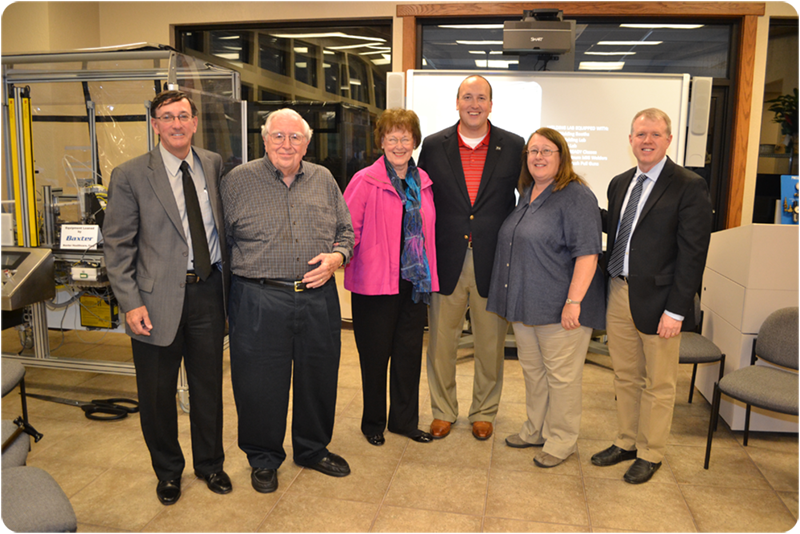 In August of 2015 ASUMH welcomed Laura Yarbrough, who replaced John Davidson as Vice Chancellor for Administrative Affairs. Laura comes to ASUMH from Steele, MO, and worked at Arkansas Northeastern College for 23 years. At ANC, Laura was vice president of student services from 2009–2015, director of financial aid from 2000–2009, director of educational talent search and an educational talent search outreach representative from 1991–2000. She received an MBA from Arkansas State University in 1998. Her daughter, Heather, is a graduate of ASUMH and currently is enrolled at Arkansas State University in the Early Childhood Education program. Her son, Carson, is a senior at Mountain Home High School and is enrolled in welding courses at the ASUMH Technical Center. Laura’s husband, Gregg Yarbrough, is a principal at the Blytheville Primary School in Blytheville, AR. He completed his master’s degree at Arkansas State University and his specialist degree at Southeast Missouri State University. 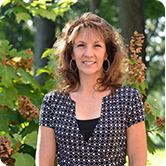 In September of 2015, ASUMH kicked off its 5th anniversary performing arts season. The performing arts series has brought educational and cultural programs to the Twin Lakes Area since its debut performance back in 2011. The series has grown in many ways because of community support. 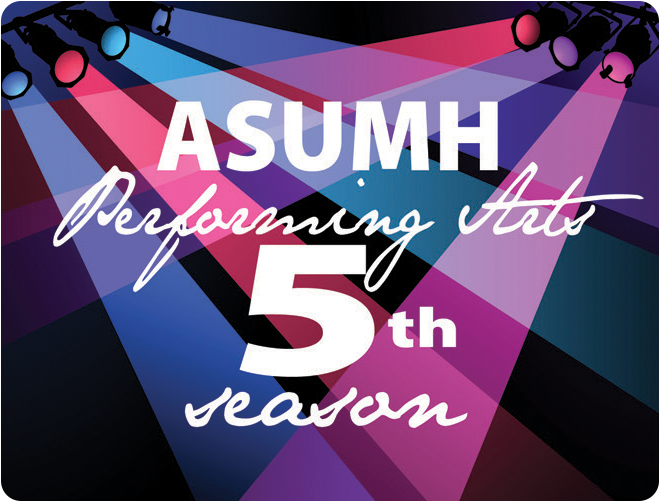 Data released by the Arkansas Department of Higher Education (ADHE) showed ASUMH had the state's highest success rate overall with retention and graduation of students. Numbers were based on spring 2016 graduation from students who began in 2014. The average success rate in Arkansas is 63 percent and at ASUMH, that number is 71 percent. The school's dropout rate is 36.3 percent, while the state average is 55.1 percent. 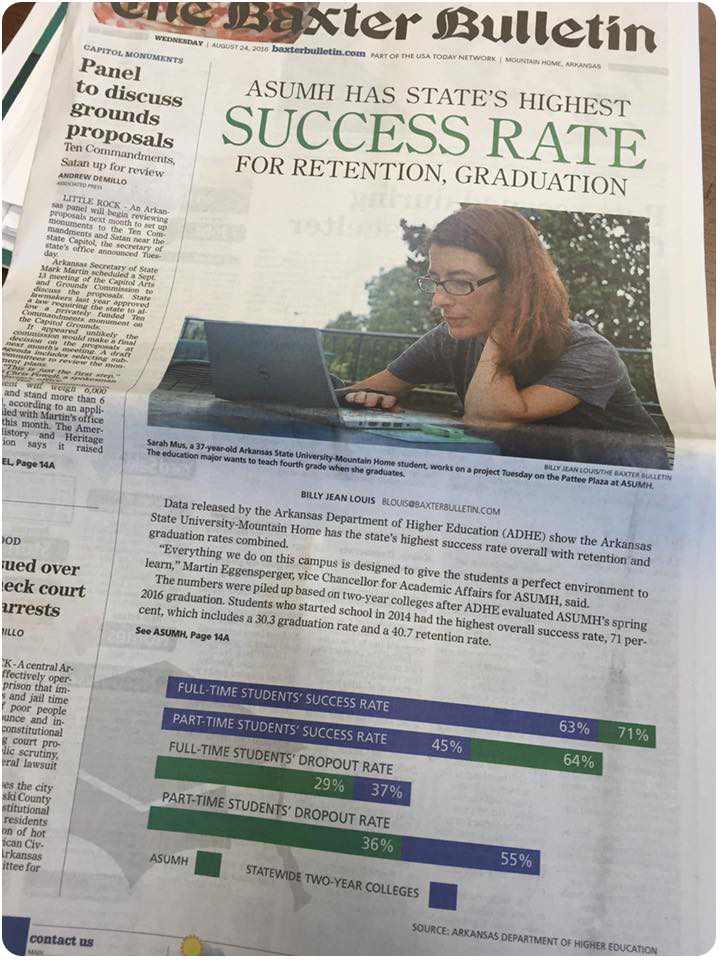 ASUMH hosted a celebration of manufacturing at its Technical Center on November 16 featuring a ribbon cutting for a 4,500-square-foot expansion of the mechatronics and machining labs. The state-of-the-art addition is a partnership with Baxter International, Inc. 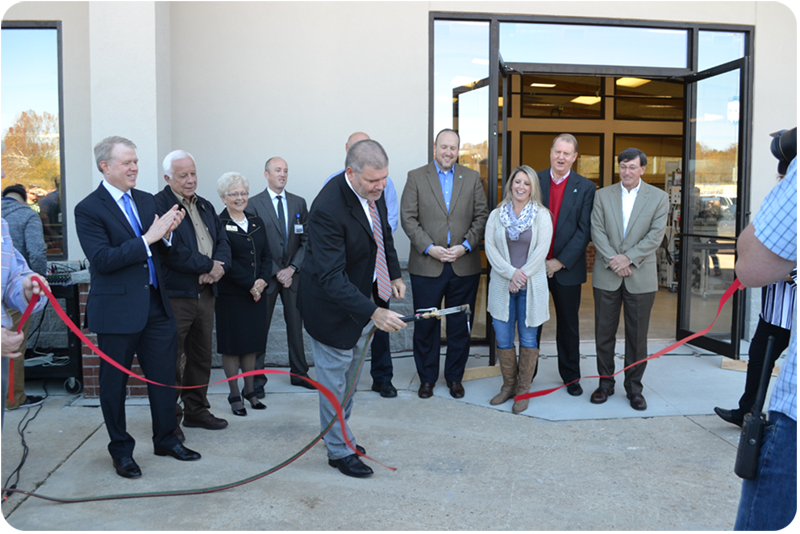 Dr. Tamara Daniel was hired as Provost/Vice Chancellor for Academic Affairs at ASUMH. Dr. Daniel previously served as Vice President for the College at Dyersburg State Community College in Tennessee. As a chief academic officer, she oversaw the learning environment, student support services, and enrollment management. During her tenure at Dyersburg, she was instrumental in advancing academic and student success initiatives related to success coaching, advising, articulation pathways, distance education, learning communities, and high impact practices.  In addition to serving as a chief academic officer, Dr. Daniel's leadership roles include Associate Dean of Academics, Mathematics Department Chair, and International Studies Director at Southwest Tennessee Community College in Memphis.  She has 16 years of experience as a full-time faculty member in mathematics and 10 years of administrative experience.  Dr. Daniel received her Doctorate and Masters of Science in Mathematics and Bachelors of Arts in Psychology from the University of Mississippi. 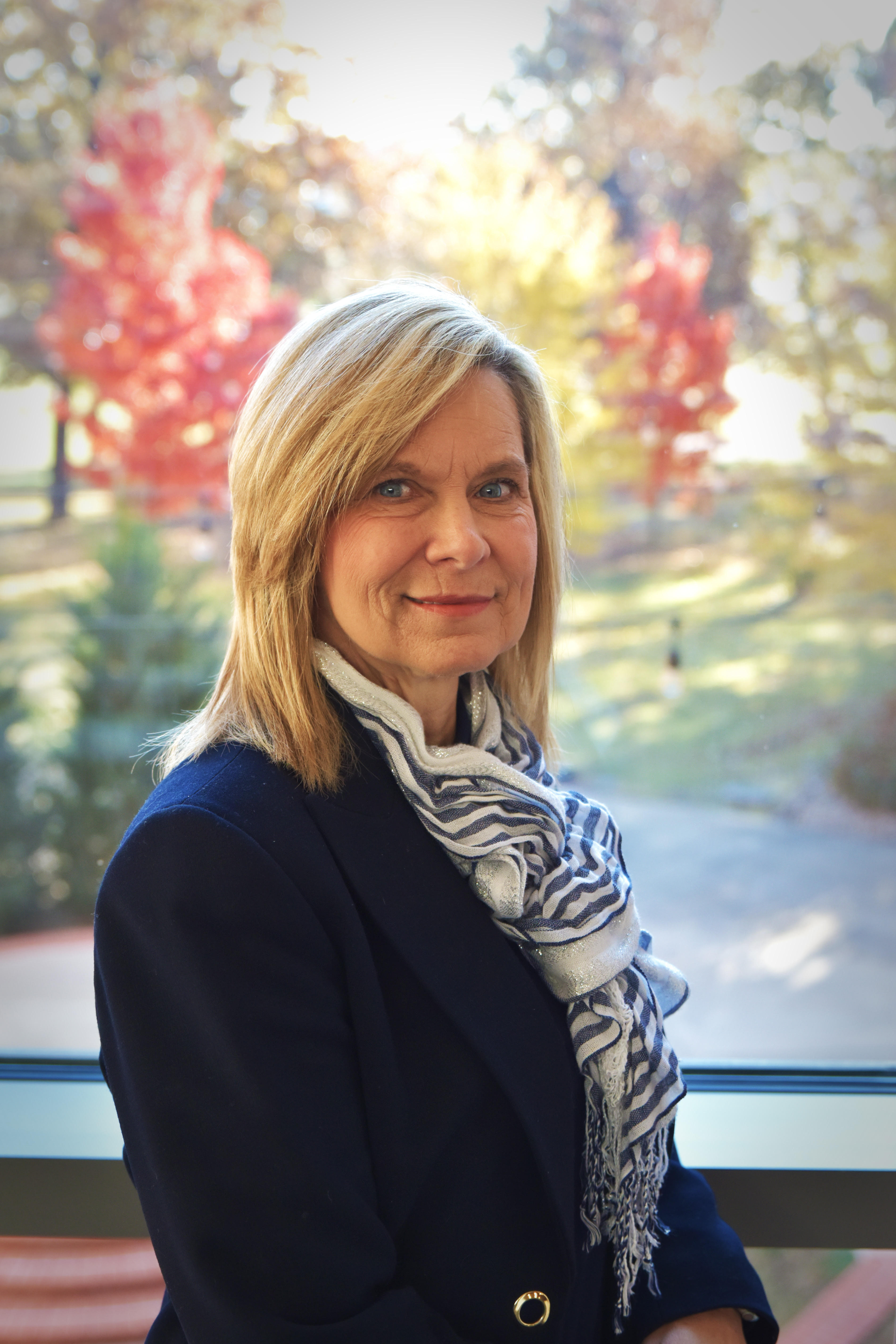 Alert ASUMH Alert: ASUMH will be closed Friday, February 19, 2021.  Students, please check every course in Blackboard as instructor plans may vary from class to class.

Step Up, Reach Back Intern Application

Join ASUMH Alumni Association to stay connected with friends, keep up on new opportunities on campus, and receive discounts to local businesses.
Go To Top